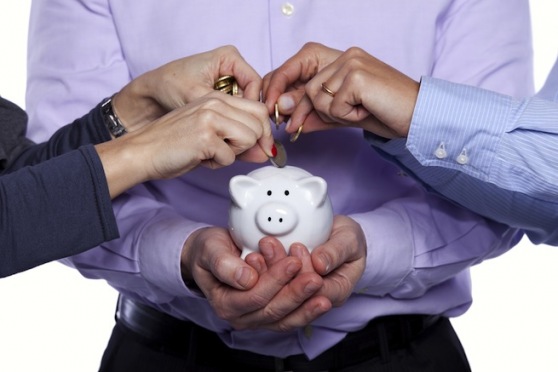 First things first: Crowdfunding is NOT easy! Just because you have a cool idea doesn’t mean people are going to throw money at you and your project. Crowdfunding campaigns can fail due to a variety of reasons. It could be a result of insufficient planning prior to launch, or people don’t believe that you can deliver on your promise (based on what you’ve shown them). And then there is of course the possibility that your idea isn’t as great as you thought it was. The last reason highlights one of the benefits of crowdfunding. It essentially shows you that your product wouldn’t sell because people aren’t interested. The sooner you find that out the better.

For now though let’s assume you DO have a kick-ass idea. So what are some of the things you should or shouldn’t do? Check out some of our Thundatips!

People love a good underdog story. If you’ve had to overcome obstacles on the way to becoming an entrepreneur then share that! Don’t be shy when you pitch your idea. It’ll allow the audience to connect with you on a personal level.  However, don’t make up a story! People will be able to tell if you’re being disingenuous. If you feel that you don’t have a good personal story then talk about what you and your project can do for others.

Remember that your campaign on Thundafund will only receive funding if it actually reaches its tipping point. So the last thing you want to happen is to JUST fall short of it because you were too ‘greedy.’ What is the bare minimum you need to get your idea off the ground? That is what your tipping point: Milestone 1 should be. The size of your current social network will probably be closely correlated to the amount you can raise through crowdfunding. Ideally the amount of people in your social network should exceed the number of backers your campaign requires.

Please note that there aren’t a lot of people browsing crowdfunding platforms thinking ‘What can I fund today?’ If you want someone to see and back your project then it is your responsibility to drive them to it. Make use of Facebook, Twitter and especially e-mail to create awareness. Ideally your campaign should have its own Facebook and Twitter profile. Engage with the people who ‘like’ your project on Facebook. Ask them what they like about it in particular and if they wouldn’t mind sharing it with their friends and family. You could even ask them for feedback and suggestions. Make certain you include your campaign link in all of social media posts as well as your email signature.

And… if you’re wanting people to share your project why not make it easy for them with a ‘Copy & Paste’ Tweet / Status.

Thundafund has identified 3 types of rewards: Retails, Recognition and Experience/Access.

In our experience a campaign should offer between 8 to 10 rewards. You want to give potential backers a nice selection to choose from but at the same time not overwhelm them with choices. The average pledge on our platform is R350, so ideally you should offer four to five rewards in the R50 –R500 range.

One of the keys to selling the R1000+ rewards is to create demand through exclusivity. For example, if you’re looking to crowdfund a film, you could offer a backer the opportunity to receive an executive producer’s credit (on top of other perks). Now, if that movie had over 10 executive producers, then the status associated with said title would be a lot less than if it were limited to 2 or 3.

Rewards can make or break your campaign, so crowdsource them among your friends and family before making a final decision on them. Ask them what they’d be interested in and how much they’d be willing to spend on your suggested rewards. Remember that backers are everyday people, and not some suckers willing to pay R300 for a ‘Thank you’ email. Make sure your provide value for money!

Getting your friends and family to pledge is a great way to get your campaign off to a strong start. However, to maintain momentum throughout and eventually reach your target, you’ll require the contributions of ‘strangers’ as well. Finding these ‘strangers,’ willing to back your campaign can be a tricky task.

Ask yourself: Who does my campaign appeal to? Of course it is great if your campaign is seen by as many people as possible, but it isn’t all about ‘how many’ see it, but also ‘who.’ Quality over quantity, if you will. For example, if you’re trying to have your next music album crowdfunded, then being featured on a travel blog may not be the best idea. Many people might see it, but they probably won’t be the ones interested. You’d be better off by getting a shout out on a music blog instead (duh!?).

Browse the internet for blogs, facebook groups, websites and twitter accounts that relate to your project. Ideally you should be interacting and building a rapport with this crowd prior to the launch of your campaign.  Once you go live, share your campaign with said crowd but don’t ask for contributions from the get-go. You don’t want to scare potential backers off by being too aggressive right out the gate. Only when you’re a couple of weeks into the ‘relationship’ should you ask them to make a pledge. Keep in mind not to send out a generic mass email, but to keep it personal!

Lastly, remember to keep in touch with your backers. They are the ones who believed in you and your project and that is not something to be taken for granted. Send them follow-up emails and ensure that your relationship stays intact.

There is no set strategy that you can stick to that will guarantee crowdfunding success. You can, however, improve your chances considerably by following some of our Thundatips. Also remember that one of the best predictors of future behaviour is…past behaviour. So study previous successful campaigns and see how they managed to activate the crowd.

Crowdfunding as a concept is still arguably in its infancy (or at the very best it’s in the toddler stage). Everyone involved in it is still learning new things on a daily basis. So if you’ve run a successful crowdfunding campaign in the past and want to share your experience then we’d love to hear from you. Pop us a mail at hello[@]thundafund[.]com!